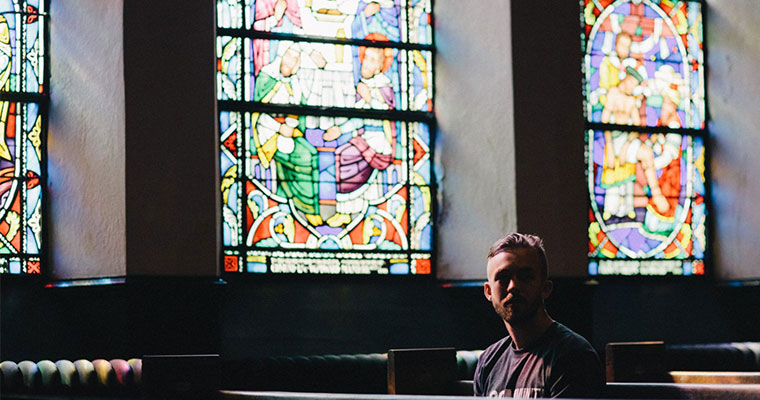 My Son Needs a Chaplain

When my son got his first phone call after finishing boot camp, one of the things he told me was that “he had accepted Jesus Christ as his Lord and Savior.” There’s nothing wrong in that, except that it sounded odd coming from a boy who once worshipped Zeus (see Rules or the lack thereof post) and was hard-pressed to get up on Sunday mornings for church. To be fair, before leaving for Marine basic training, he had become more interested in coming to church, and he agreed that I could put his name on the prayer list for active service members at Christ Church Greenwich, which I did only after he finished boot camp and was a real Marine. But, even with this, his growing faith, the proclamation that he had “accepted Jesus Christ” was startling.

Let me start by saying that I am not sure that this declaration matters all that much. What is important is that my son believes in something and that it gives him strength. Still, as a pretty devoted Episcopalian, I felt a conflict. Episcopalians really don’t speak that way. We confirm our faith with the lovely words of the Nicene and Apostle’s creeds. (“We believe in God the Father…”) But we are not big on shouting out the more evangelical phrase used by my son.

Once, while lecturing to a group of clergy in Oklahoma City, I was reminded of just that. After my presentation, I had been introduced to the Cannon of the Episcopal Cathedral in OKC. We were chatting away when I was approached by a man in a suit and tie (no clerical collar) who asked me, “Are you one of Cannon Yunker’s?”

I replied, “Well, if you mean, am I an Episcopalian, then the answer is yes.” “Pity,” the man continued, “I was hoping to get you into a Christian church.” Well, this was a bit stunning, and I responded with, “I thought Episcopalians were Christians.”  Some thirty years later I still remember the answer. “No, I mean Christian with a capital C!” In other words, mainstream, Christian faiths were not really Christian. It left me with a continuing distrust of that kind of evangelism. To this day I am uncomfortable with public displays and political dogma that define Christianity in exact terms that often limit the inclusiveness I believe Christ preached.

So, when my son made a similar type of proclamation I was taken aback. I didn’t say anything at the time, but it made me wonder how he had gotten to that point. I knew he was going to chapel on Sundays, to some extent because it was a break from training. But he had enjoyed it and told me it was a Christian church, nondenominational. When he went on for more advanced training again, the Chapel on the base was the easiest to attend and was also non-denominational. It was just a Christian Church I was told, as in Capital C. Apparently, until you are not training and on active duty can you leave the base and go to a church in the community where you are stationed.

I later met the Chaplain where my son went to basic training. He was very friendly, and Chaplains are specifically charged with providing spiritual guidance to all faiths, but today in the armed forces the vast majority of the Chaplains come out of a non-sacramental tradition. In other words, they are not Episcopalians of which there are less than 100 serving in the military, or for that matter Lutherans, or even Catholics. I have come to learn that this is in direct contrast to the religious affiliation of the troops, which tend to be members of mainstream faiths, the most extensive group being Catholic.

I find this lack of sacramental priests for my son and all the other men and women serving as disappointing. I think the Episcopal tradition is uniquely suited to the work of a military Chaplain, as outlined in an insightful 2007 article by Larry Harrelson, Might God be calling you to the military chaplaincy? Episcopal priests have broad educational backgrounds, have an openness to ecumenical efforts are nonjudgmental on social issues and most importantly to me, as a Marine Mom, able to minister to the families through the religious elements of the faith. In other words, an Episcopal Chaplain can give my son communion, baptize his children and God forbid administer last rights.

I once (half-jokingly) said to my son that he needed to find an Episcopal Chaplain. I told him that if the Marines ever sent someone to my door, I wanted the priest to be one I could relate to. I don’t mean any disrespect, but it is like the scene in Steel Magnolias when the character played by Sally Fields lashes out after the death of her daughter. To the “Born Again” character who says something like “rejoice you know Shelby (the daughter) is in a better place,” Sally Fields says, and I paraphrase, “I don’t want to hear that! I don’t want her in a better place! I want her here with me!” In the end, all good people of faith who have given their lives to ministering are to be applauded, but in what can only be the most tragic of circumstances, the loss of a child, there is a need to get guidance from someone who understands your traditions and knows how to comfort you.

My research has shown that one of the primary reasons that there aren’t more mainstream chaplains in the military harkens back to the dark days of the Vietnam war. During that very tumultuous time when America’s young people took to the streets to protest the war, many of the mainstream denominations, including the Episcopal Church joined in the peace movement, curtailing recruits at seminaries among other things. These actions so long ago seem to have had a chilling effect, and the number of Episcopal Chaplains has been depressed ever since.

I was one of those protesters, and I want to say something to all potential Episcopal Chaplains. That was a long time ago, and now this aging hippy mother needs you to rethink your calling. Please consider becoming a Chaplain (I am partial to the Navy/Marines, but any military branch is fine).

My son needs you, and I need you.