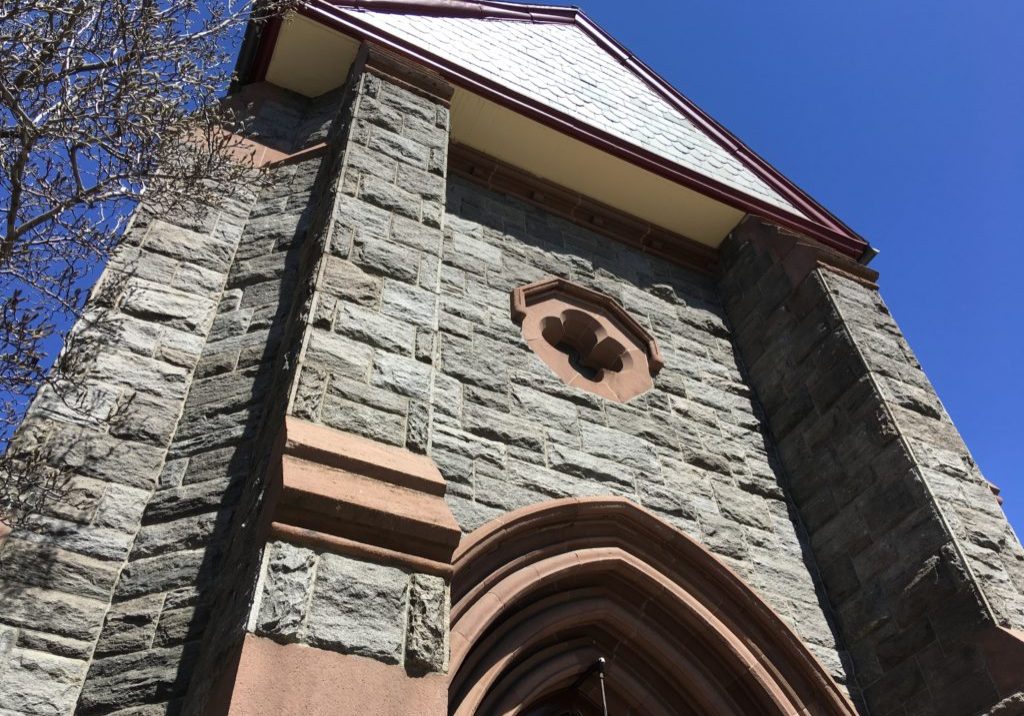 Come Sail With Us in

Here are some of the areas that we have visited. See our thoughts on the Church experience and things to do in the area after church.

Featured Cities and their Church 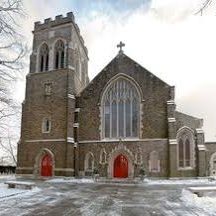 If you don’t want to walk or bike the 2.2 miles from the harbor, you will need an Uber or taxi. There is excellent anchoring behind Captains Island from which you can take a dingy into shore but it can be somewhat daunting if your dinghy isn’t substantial. Instead, I would recommend contacting Indian Harbor Yacht Club (203) 869-2484, for a mooring.

Of the Greenwich Churches, Christ Church is the largest both physically and in number of members. The parish is always doing something in terms of outreach, the music program is world class (see blog) and there is even a bookstore well worth browsing. Now in fairness, I must confess that this is the parish my family and I attend. So my enthusiasm comes from first hand weekly participation in the activities at Christ Church. This was the Parish of Sen. Prescott Bush and his son President George H. W. Bush and you can sense the history that surrounds the church, which includes a cemetery in the center of the church’s campus. There is an excellent historical timeline downstairs which connects the church to the parish hall.

Like the other churches in Greenwich, Christ Church is not near a commercial area for brunch. Unless it is a beautiful day and you feel like a walk (this one under a mile) or you have a bike, I would go down to the parish hall where there is always a substantial coffee hour offering. With the bagels and more you will also have a chance to meet some great people and if you are lucky an exciting speaker. 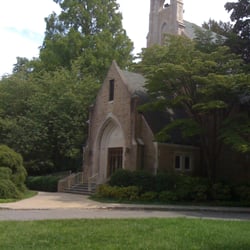 St Paul’s is located in a residential center in the village of Riverside and is less than a mile from the Riverside Yacht Club, (203) 637-1706. In order to take advantage of the club’s mooring field and other facilities you will need a reciprocal membership from another yacht club. If you can get access to Riverside, then it is an excellent choice. The club is great and the walk to St Paul’s through lovely Riverside neighborhoods a pleasure.

Like Christ Church, the residential neighborhood makes it difficult to find a brunch location, but the club should more than make up for that. 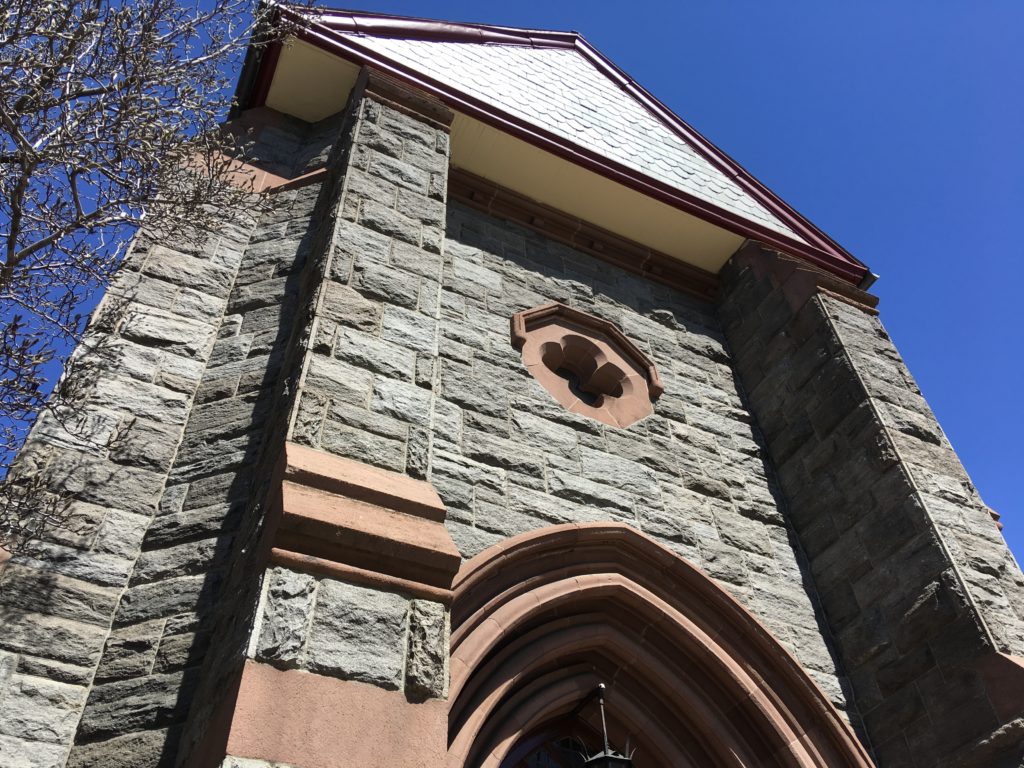 St. John’s is on this list for many good reasons, but given its location, it would not qualify except for a trolley. The area around Stamford Harbor, at least the West Branch, has undergone a major transformation. Today the community known as Harbor Point is flourishing and on the west branch there are two marinas one I am very high on, Anchor Point Marina (see Eric, the Marina director). You will need a dingy to get across the west branch and then up to the trolley. Now you may think this sounds like a lot of work, but if you are in Stamford, it is worth it.

St. John’s is the most welcoming parish I have ever had the pleasure of attending. People surround you with welcome, especially at the peace where they go out of their way to meet you. This large church initially built to be a cathedral church for the south section of the Episcopal Diocese of Connecticut, never entirely made that lofty status but left behind was a small but exuberant parish, This parish takes on activities and events like it was a congregation of 3,000. The fact that maybe fifty people show up to a significant Taizé isn’t important what matters is that there were people who heard the music.

There are few parishioners I admire as much as this group, and you will thoroughly enjoy the service but also the surroundings and the music.The church is large and the stained glass very interesting, a mix of classic and contemporary. It can be jarring at first, but I urge you to study the windows there are some real gems hiding there! One word for traditionalist there is no doxology at the presentation of the gifts, and because two lessons are usually read before the gospel, the service runs a bit long.

St. John’s is one of those parish churches which stayed committed to downtown Stamford when the city was decaying. With the guidance of a very effective vestry and enthusiastic clergy, the parish is being rewarded for their loyalty to the city and growing again. In addition to the regular Sunday service St. John’s is also home to French/Haitian and Spanish Masses.

For years Stamford was a place no one went unless they needed to catch an Amtrak train. Today the city is flourishing. You can choose to walk to some excellent restaurants near St. Johns or jump on the free trolley back to the harbor and grab brunch at one of the fine spots like Sign of the Whale, which offers a very interesting and flavorful brunch or Bareburger with great burgers (including Bison) and craft beers. Both these restaurants and their neighboring competitors have outside dining and are dog-friendly. Also in this area is Fortina’s which offers excellent Italian food but is noisy and often crowded. 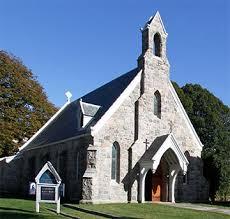 Calvary is a pleasant walk down Water Street through one of Connecticut’s prettiest and most historic villages. Dodson’s Boatyard is easy to reach, with plenty of moorings, excellent launch service and both a bar and restaurant on the grounds. You can also anchor in the harbor and for a fee use the Dodson launch.

Calvary is a classic New England stone church dating from 1849. The church has a warm and comforting feeling that is made all the greater by its strong outreach programs, choir and events throughout most of the year. Like most parishes the summer months offer different programs and the website should be checked for hours and events. The congregation is led by The Reverend Dr. W. Alfred Tisdale, Jr. a former Associate Dean at Yale Divinity. His wife The Rev. Dr. Nora Tubbs Tisdale remains a Professor at Yale Divinity.

After church return to Water Street where there is a fair selection of restaurants for brunch. For the best big brunch, try Noah’s Restaurant for something lighter like coffee and pastries. Indulge Coffee and Sandwich Co. at 17 High Street is outstanding as well.

You would equally be pleased with Dog Watch Café at Dodson’s if you didn’t have dinner there on Saturday night. Dog Watch has substantial clam chowder, and while seafood is a large part of the menu, the veggie burger is terrific! Dodson’s has one of the best boatyards and marine service centers on Long Island sound with very talented and reliable people who can handle a full range of repairs. Dodson’s monitors channel 78.