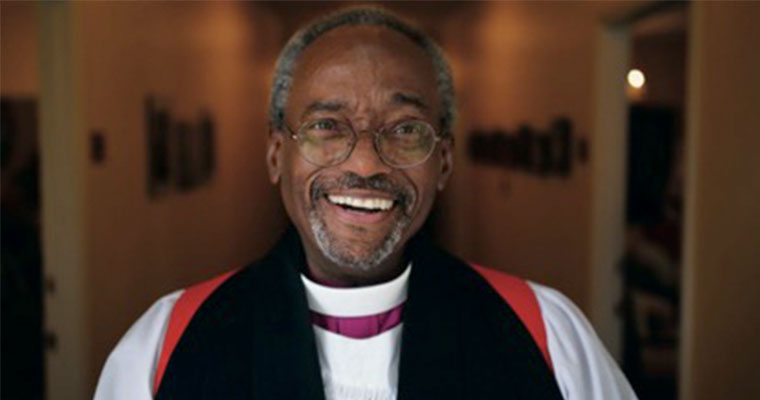 That Preacher from Chicago

Like the rest of the world, I got up early last Saturday and was glued to the TV watching the wedding of Prince Harry to Meagan Markle.

I wasn’t disappointed, the bride was beautiful, the bridesmaids and pages adorable, and the love between the couple better than most Hollywood romances. There was one odd note, however, that arose when the anchors on NBC and MSNBC kept referring to the Preacher from Chicago. The sermon hadn’t started yet but the on-air talent was forecasting what was coming up with lines like the sermon will be delivered by a “preacher from Chicago.” I must admit I was holding my breath. Much had been made of Meagan Markle’s bi-racial background, and I was suddenly alarmed that the preacher might be the Rev. Wright of Obama fame. Then the moment arrived, it was time for the homily, and the cameras closed in on a familiar African American face. There he was the preacher from Chicago!

He looked so familiar, and his robes looked equally as familiar, but they looked more like something a bishop would wear in the Anglican tradition. I kept staring at the screen trying to place the face. He seemed so familiar in fact, I was pretty sure he was the Most Rev. Michael Curry, Presiding Bishop and Primate of the Episcopal Church, of the United States.  I would never have referred to him as a preacher from Chicago however, so I quickly googled the Episcopal Presiding Bishop to check my hunch. Sure enough there he was the Most Rev. Michael Curry, the first African American Presiding Bishop of the United States, who by the way succeeded the first female Presiding Bishop. Of course, I had to check Bishop Curry’s resume and discovered he was indeed from Chicago.

I have no doubt that Bishop Curry took no umbrage to being described as the preacher from Chicago, but at first, I did. I guess it was like the time someone described me as “the wife,” when recalling the first time I had met the gentleman. We were chatting, and he suddenly said: “Oh, I remember you, you’re the wife.” Because I am a bit of a wisecracker, I replied that “I was ever so much more,” but it still stuck in my claw. Unfortunately, what I perceived as a slight to Bishop Curry I couldn’t respond to. I did send a message to the network, and later in the day the anchors started to correctly identify the Bishop, but it still rubbed me the wrong way!

Now, a week later I am wondering why it bothered me so much. Was it that there had been a presumption that Bishop Curry who is African American was there to make a statement on the part of Meaghan Merkle? Was it that it never occurred to anyone that he might be the highest ranking clergy member of a church that has long been seen as the religion of the waspy elite, overlooking the enormous changes in the church over the decades. Maybe it bothered me because it was just sloppy reporting. Clearly, no one in the control booth or the producers had bothered to check out this man’s position and credentials (which by the way includes a degree from Yale divinity). After mulling this issue over for several days, I came to the conclusion it didn’t matter how the slight happened it was corrected and the excellent homily on the power of love went viral. Maybe some of the Royals looked a bit perplexed or uncomfortable, that is the difference between the Anglican and Episcopal churches perhaps. Those of us at home were rejoicing in the message and the delivery and were slightly bemused by the reactions or lack thereof by the Royals. Prince Harry said it best as he turned to his bride and just said WOW.

There was much to rejoice about in that sermon, and there is much to celebrate in what happened after the wedding. Suddenly our Bishop, the one we have come to know and respect within the faith was on all the networks, and people were getting to know us and what kind of leaders we, the members of the Episcopal Church, elected. Good thing too because the next great thing to happen was the launching of the manifesto and movement entitled: “Reclaiming Jesus: A Confession of Faith in a Time of Crisis.” Bishop Curry and 22 other religious leaders joined together to remind us all that Jesus is not a marketing brand that has been co-opted by the evangelical right. Jesus stands for something. Jesus taught that we should minister to the sick, feed the poor, help those who are helpless and yes above all else love one another. While we can forgive those who cheat on their wives, degrade immigrants and deny the poor healthcare or a living wage, we can not make excuses for them. Finally, someone is standing up to those alleged people of faith – Christians – who are so concerned with political power or judicial appointments that they will celebrate dishonesty, abuse, and disrespect of the people and the country.

Bishop Curry’s message of love on the wedding day was just a prelude for the even more significant call to action which requires that we not accept a new normal. Bishop Curry and the other clergy members in the movement have made it clear that disrespect, dishonesty, and disregard for others, must not be tolerated as being “Christian.” These are not the values Christ taught, and we are called to a higher and ongoing challenge of faith, which embraces hope and charity.  Not bad for a preacher from Chicago!